Join our team and we promise a rewarding experience in return. Read more ›

Tweets by olive_bham Follow @olive_bham
You are here: Home / News / Latest News / Pupils have a ‘pharaoh’ time in Egypt workshop

Pupils have a ‘pharaoh’ time in Egypt workshop

Children learned about a civilisation of the past when they took part in a workshop about ancient Egypt.

The Year 3 pupils had a ‘pharaoh’ time learning about how the ancient Egyptians created their own paper-like material, papyrus, from reeds.

They also learned how ancient Egyptians wrote using pictures called hieroglyphics with each character standing for different words. Pupils then created their own cartouches, an oval circle that looked rather like a nameplate, on which pharaohs and important people encircled their name.

A mobile studio was set up in school containing all of the materials and equipment needed to create a cartouche so the children could create their own masterpiece.

“I really enjoyed learning about hieroglyphics and using these to create my own painting. The ancient Egyptians were really clever.”

“The interactive workshop provided the children with an outstanding and engaging way to explore this ancient civilisation and culture. They thoroughly enjoyed it.” 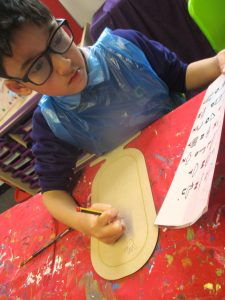 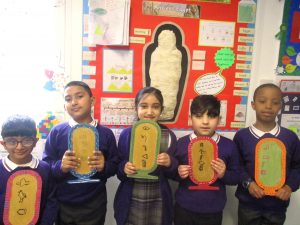 PUPILS at The Olive School, Birmingham made their own cartouches in a workshop about ancient Egypt.

A new national helpline for parents and carers will provide personalised support and advice on home learning to support pupils until schools re-open.

For Parents of pupils starting Reception in September 2021